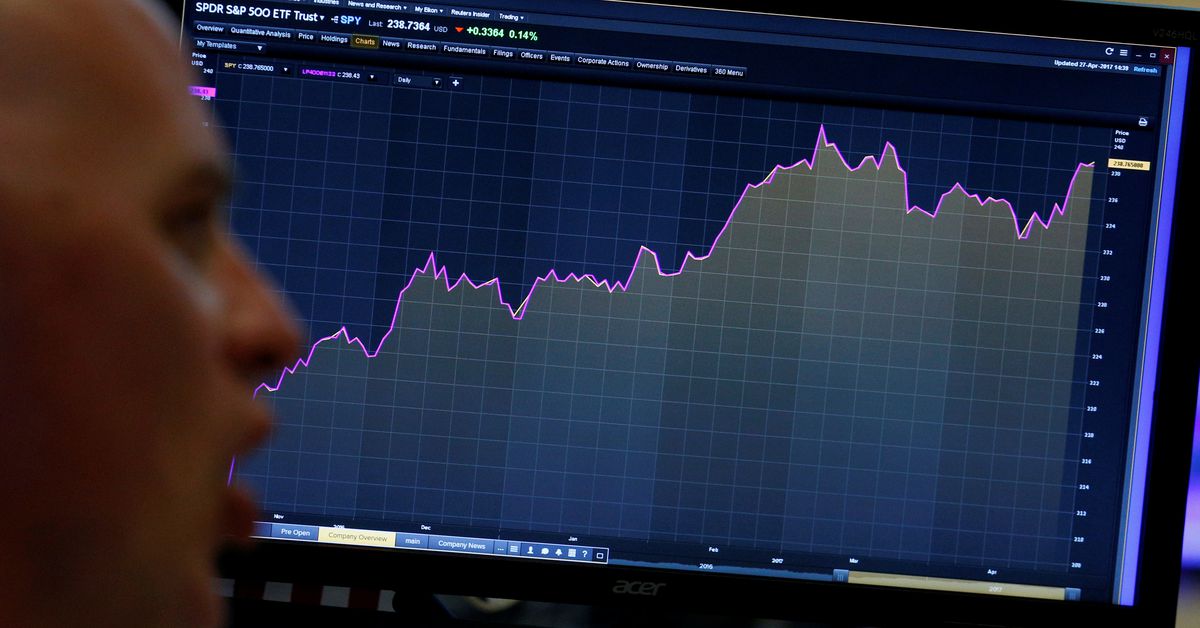 NEW YORK, Sept 15 (Reuters) – US hedge funds that focus broadly on technology investments are bracing for heavy losses this year as gloomier economic data sparked a fresh selloff this week, shrinking hopes of clawing back any significant ground in coming months.

For fund managers, including those gathered at one of the industry’s biggest conferences in New York, any optimism from last week’s market rally was sapped by a fresh sucker punch on Tuesday as the S&P 500 (.SPX) slide 4.3%. Many funds were already sitting on declines of 30% or more.

Speakers at a panel on the state of the industry at the SALT New York 2022 conference urged investors to stick with their bets, arguing the downturn could become a money making opportunity.

But off stage, the mood was darker.

“It will take a lot of work to get out of this hole,” said David Moon, managing director at Symmetric.io which tracks hedge fund managers’ investments and returns.

Even before this week’s decline, funds that bet on technology and health care stocks were feeling the pain. Whale Rock Capital Management LLC’s main fund tumbled 38% through August while HMI Capital Management dropped 39% in the first eight months of the year. Casdin Capital was off 50% and SoMa Partners was off 31%.

Other prominent fund managers, including some who got their start with the recently deceased Julian Robertson, credited with helping pioneer making money when stocks fall, are also in the red. Coatue Management lost 17% in the first eight months of the year while Maverick Capital is off 27% through August.

“I’ve been through 9 bear markets and they absolutely suck,” said Anthony Scaramucci, managing partner of investment firm SkyBridge Capital and founder of the three-day SALT conference.

The broader S&P 500 Index fell 17% through August while the average hedge fund dropped 4% through August according to Hedge Fund Research (HFR). The HFR technology and healthcare index is down roughly 15%.

Goldman Sachs reported that hedge funds stocked up on tech stocks again last week, making it the most robust buying spree in the sector in seven months.

For many of these funds this year’s losses come after a string of strong returns fueled by a decade long bull market, investors and fund managers said.

And not all hedge funds are faring poorly this year.

Citadel reported that its Wellington fund returned 3.74% in August, bringing its year to date returns to 25.75%. DE Shaw, in its Composite fund, reported a 20% gain to investors. Representatives for the firms declined to comment.

At the SALT conference, poor returns were top of mind, as the focus of the conference also shifted from hedge funds to crypto investments. Many of the prominent investors who appeared over the years, including Steven A. Cohen, Daniel Loeb, and Ray Dalio were absent. Private concerts and pool-side parties that featured when the conference was held at the Bellagio in Las Vegas were replaced by buffet lunches with pasta, tacos and salad at the cavernous Jacob K. Javits Convention Center in Manhattan.

Two hedge fund executives who skipped SALT this year told Reuters they were worried about the optics of paying thousands of dollars for a ticket at a time investors were withdrawing capital from their firms.

Greg Jensen, co-chief investment officer at Bridgewater Associates, one of the world’s biggest hedge funds founded by Ray Dalio, echoed the more somber tone. Financial markets had not fully priced the prospect of a recession, he warned, just hours before the market tumbled on Tuesday and slipped more on Wednesday.