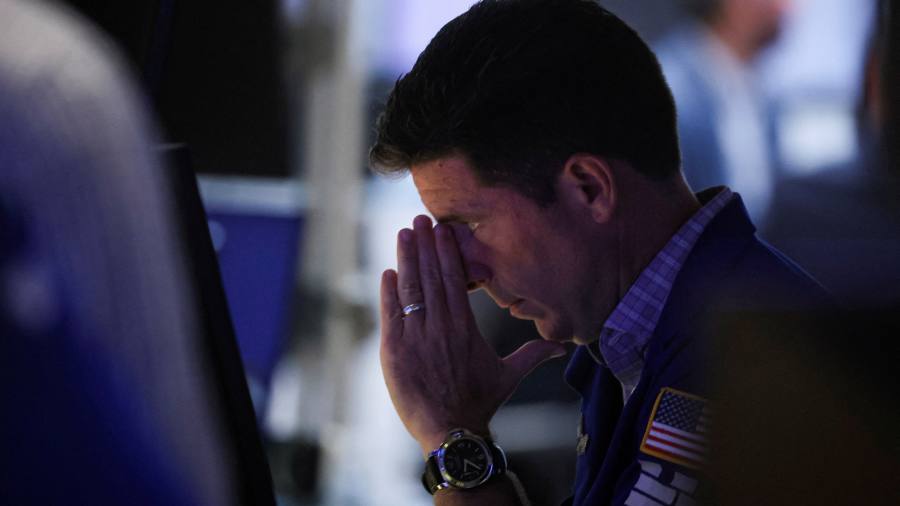 The writer is president of Queens’ College, Cambridge, and an adviser to Allianz and Gramercy

The stunning shift in the market mood and prices over the past week is testament to the underlying instability in the current environment for policymakers and investors. And it is an instability that will intensify in the coming months.

The catalyst for what many labeled “market carnage” on Tuesday — 3 to 5 per cent single-day losses in major US equity indices — was, of course, an ugly inflation report. And the August figures for the US were disappointing in so many ways including, most importantly, a higher month-on-month increase and broadening in drivers of core inflation.

Judging from the dramatic surge in the 2-year government bond yield, as well as moves elsewhere in Treasuries, markets found themselves scrambling to price in a “HFL” moment — that is, rates that are going Higher, getting there Faster, and staying there Longer.

This time around, the delay in investors accepting a more rapid reversal in the highly supportive approach for markets by central banks had little to do with the prior inclination of policymaking officials to weaken the anti-inflation policy message. This tendency had previously helped keep alive the hope of an immaculate soft landing and a rapid pivot away from a tightening liquidity regime.

But since the late August Jackson Hole speech of Fed chair Jay Powell, the US central bank’s officials have been unusually consistent in stating their unconditional commitment to battle unacceptably high inflation, as well as in conveying the policy implications.

For policymakers and investors, there will be more bracing realities to digest in the months ahead.

First, global growth fragility is increasing. Europe is yet to supplement the fiscal-driven protection of households from high prices with an orderly energy allocation approach that minimizes immediate and longer term structural damage to the economy.

China has yet to find a politically acceptable way out of the Covid “lives-versus-livelihoods” trap that, without progress in effective country-wide vaccination, undermines the country’s contribution to demand and supply in the global economy. Even the US, the strongest of the systemically important economies, faces internal growth headwinds. And all this at a time when inflation pressures, and the demand destruction that comes with that, will only dissipate slowly.

As this develops, market inconsistencies will become harder to sustain. With higher short-dated yields, the TINA edge (There Is No Alternative) that stocks have long possessed is being eroded. Longer dated bonds now offer better protection against a big global slowdown and financial system stress. And the economic and financial risks of such a strong dollar, both at home and more importantly internationally, are harder to sidestep.

Needless to say, this is not a good environment for central banks to be playing catch-up. The risk of yet another policy mistake, already uncomfortably high, is increasing.

Given the hot inflation numbers, the Fed has no choice but to front-load its policy response, including an unprecedented third, consecutive 0.75 percentage point rise next week. This will accompany a pick-up in the pace of balance sheet reduction by the Fed and, I suspect, an upward revision in forecasts for the peak of this interest rate cycle.

Meanwhile, the European Central Bank has to incorporate the implications of considerable fiscal policy efforts to offset the impact of the energy crisis on households and business.

The natural inclination to soften the monetary policy stance in the face of global growth fragility and unsettling financial market instability collides with the reality of persistently high inflation and the urgent need to restore policy credibility. Indeed, central bank hesitation would only serve to worsen the scale and complexities of 2023’s economic and policy challenges.

This week’s market turmoil is not just about the clash between markets’ recent over-optimism and economic and policy realities. It is also a reflection of investors better coming to terms with the complex uncertainty that confronts both policymakers and their own approach to asset allocation.

The good news lies in the twin prospect of economies putting behind them a long period of inefficient allocation of resources, and value being restored to markets heavily distorted by over-protracted central bank intervention. For such prospects to be realised, economies and markets still have to navigate the higher possibility of policy mistakes, market stress, and the behavioral traps that typically accompany whipsaws in investor sentiment.