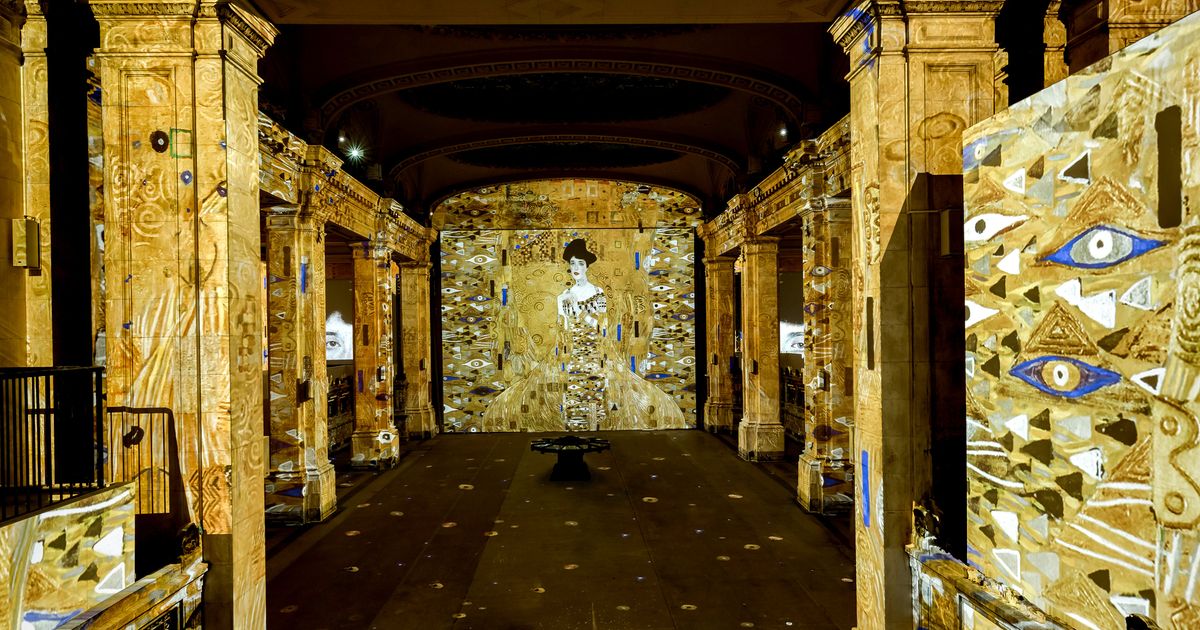 Is any workspace more definitively obsolete than a grand banking hall with fancy grillwork over the teller windows and a round stone table for writing checks and filling out withdrawal slips? Entering the former Emigrant Savings Bank on Chambers Street feels like slipping into the hoary past, and not just because some of us can barely remember cash, let alone savings passbooks and carbon paper. That public room dates from an era when everyday routines were ennobled by design. Buying a stamp, checking out a library book, purchasing a train ticket, depositing a paycheck, paying a tax — each of the routines of paperwork that kept society running — got an ornate, marble-clad Beaux-Arts temple, as if grandeur were every New Yorker’s birthright. Banks had specific architectural needs: All that marble and stone proclaimed a reassuring permanence, the certainty that your money was being handled by sober people working within thick walls — and indeed, the walls outlasted the money.

Today, we can perform most of those rituals without getting out of bed, and many of the spaces built for them have either found new uses or gone fallow. (You can, however, still read a book amid the Beaux-Arts opulence of the New York Public Library’s Rose Reading Room.) That the Emigrant Savings Bank still exists at all is a miracle of timing. In the 1960s, the city planned to demolish it, along with several other nearby buildings, to make way for a new civic center. The project dragged along until the fiscal crisis of the 1970s mercifully made it unaffordable, and for years it was familiar to car owners as the place to pay parking tickets. Eventually, the Landmarks Preservation Commission designated the hall one of the city’s few protected interiors, which meant it could not be destroyed (or significantly altered) but also that it couldn’t readily be used for much.

Lately, such ornate white-marble elephants have turned into venues for fundraisers and corporate holiday parties. Eleven emblems of egalitarian democracy, they became off limits to anyone not on the guest list. The restaurant–club–event company Cipriani has taken over the Merchants’ Exchange, the Battery Maritime Building, the Cunard Building (including its sumptuous ticket lobby), and the Bowery Savings Bank. On the other hand, the restored and reborn Emigrant’s hall is accessible to anyone with $30 and a taste for digital glitz. (The rest of the building was converted to condos.) The French company Culturespaces has repurposed it as Hall des Lumières, a home for the kind of wraparound digital art show that might seem better suited to a featureless shed rather than a finicky, delicate landmark . First up in the Hall des Lumières repertoire is “Gustav Klimt: Gold in Motion,” a 35-minute multiscreen tribute to the master of all that glitters, created by Gianfranco Iannuzzi. (That’s followed by a shorter tour through the work of the artist and architect Friedensreich Hundertwasser, who designed one of Vienna’s most delightfully weird apartment buildings.) The architecture firm Woods Bagot and the preservation consultants Higgins Quasebarth & Partners oversaw a surgical restoration that maintained the interior’s bank-ness while also adapting it as a sort of black box. Several teller windows had to go, but the bulk of them remain, and the central table has been reinstalled. The Landmarks Preservation Commission objected to blacking out the windows onto Chambers Street, so a set of curtains seals off a light-filled vestibule from the space’s darkened heart. Elliptical Beaux-Arts laylights on the ceiling have regained their vintage glow, now that decades’ worth of cigarette smoke has been scrubbed away.

The Beaux-Arts interior stands in for Vienna.

Windows have been curtained-off rather than blacked out.

That’s a lot of effort and expense to put into a design that the public will glimpse only briefly while waiting for the spectacle to start. Yet deep in the DNA of the immersive art exhibition is the son et lumiere, a sound-and-light show invented for a Loire Valley château in 1952 and popularized in subsequent decades, in which historical events were projected on the façade of a monument or cathedral to a booming soundtrack of stagy dialogue, music, and cannon shots. Today, those quaint entertainments have gone extreme, with animated façades that make gothic architecture appear to dance and swell and digital trickery so overblown that ancient stone structures just stand there awkwardly while their insubstantial avatars have all the fun.

When the lights go down for Culturespaces’s latest extravaganza, the hall’s structure remains visible, but its details are effectively painted over. New York becomes ersatz Vienna, and one lovely space transforms into a different one: the Kunsthistorisches Museum. First, a luminous pencil redraws the walls, columns, and arches. Then the camera zooms so near the artwork that it practically flies right through the surface.

The appeal of the close-up is obvious. A decade ago (and again in 2018) the real Kunsthistorisches Museum erected a temporary bridge over the main staircase so that viewers could get up close to the murals that Klimt painted there. That all seems so unnecessarily … heavy, so boringly local. Why bother with all that scaffolding when you can turn paint into light, blow the images up even larger, and wave them in front of a viewer thousands of miles away? Maybe there’s little point in arguing for the value of seeing real objects in the flesh. A century and more of recording, photography, video, and 3-D modeling hasn’t killed off live performance or shuttered art galleries.

And yet all those dazzling simulacra create a hankering for the real thing; anyone can spend all day gazing at the Mona Lisa in ultrahigh resolution online, yet crowds still form to squint at the actual painting as it lurks behind glass and a phalanx of selfie sticks. Paintings may seem two-dimensional, but they exist in a three-dimensional world. They have heft, thickness, and physical presence that keep museums and auction houses in business. Culturespace depends on a public eager to see reproductions of art in irreproducible surroundings, but the fact is that Klimt’s height virtuosity isn’tened by being digitally splattered onto every available surface. The hyperventilating, hyperreal yet woozily psychedelic style of “Gold in Motion” scrubs away the distinction between artwork and merchandising. It’s less an animated Klimt than an animated Klimt tie, the gift shop come to life.

The video leads viewers through several stages of the artist’s career, but the carousel of images clicks by so quickly it’s impossible to study any one or organize them into a story. What remains is a series of glimpses, a museum retrospective chopped up and reassembled as magnified, jittery fragments. The purportedly immersive experience peddles the ultimate superficial impression. With no narrative, no context, no pause to explain, we get a parade of floating images accompanied by music that varies from the apt (Mahler) to the anachronistic (Philip Glass). And because this is family entertainment, Klimt’s libido-soaked art gets an airline-movie edit, with judiciously cropped nudes, light on the masturbation.

The section on the Vienna Secession nods to the movement’s central aspiration: a whole world designed according to a set of aesthetic principles that were new at the turn of the 20th century. Architecture gets slapped onto architecture, as Vienna’s bright botanical façades briefly occupy the bank’s curvaceous interiors. There’s an affinity here: The bank’s architect, Raymond Almirall, was a contemporary of Klimt and Josef Maria Olbrich (who designed the Secession Building in Vienna), though his heart and his training lay in Paris. The bank hall’s gentle curves, elliptical shapes, and wall-down classicism give it muffled echoes of Viennese modernism. But why even make these connections if you’re going to reduce them to meaninglessness?

In only one instance does Klimt’s work really lend itself to this digital dissolution. When he painted Beethoven Frieze for the 14th Secession exhibition in 1902, it was meant to be almost as ephemeral as a symphonic performance. Once the show came down, the frieze would be scrapped. (Much like the Emigrant Savings Bank, it survived by chance and now occupies its own basement gallery in the Secession Building.) The layering of artistic and musical genres and personalities that contributed to the event is dizzying. Klimt’s painting vibrates to Schiller’s poetry, to Wagner’s retelling of Beethoven’s music and Max Klinger’s sculpture of the composer as a hunched and shirtless hero, as well as Olbrich’s architecture. Iannuzzi steps up to add a digital layer to this palimpsest, nuzzling the frieze with his camera while “Ode to Joy” booms away over speakers. But in all other senses, he ignores complexity, history, and meaning, preferring to traffic in gilt.

Maybe the immersiveness fad is a reaction to the hypnotic attraction of the tiny screens we all carry around in our pockets. It’s an invitation to look up and around instead of down, to inhabit an imaginary world instead of squinting at it in miniature. If so, its competition isn’t museums or the artworks they keep confined in their modest frames, but the ubiquity of digital dazzle. Among the crowds who will line up for virtual Klimt, few can have seen his paintings of him in the flesh; many more have been reared on CGI movies and sports-themed video games so vivid you can practically smell the sweat. Art and architecture are beside the point; the main things are the gold and the motion. 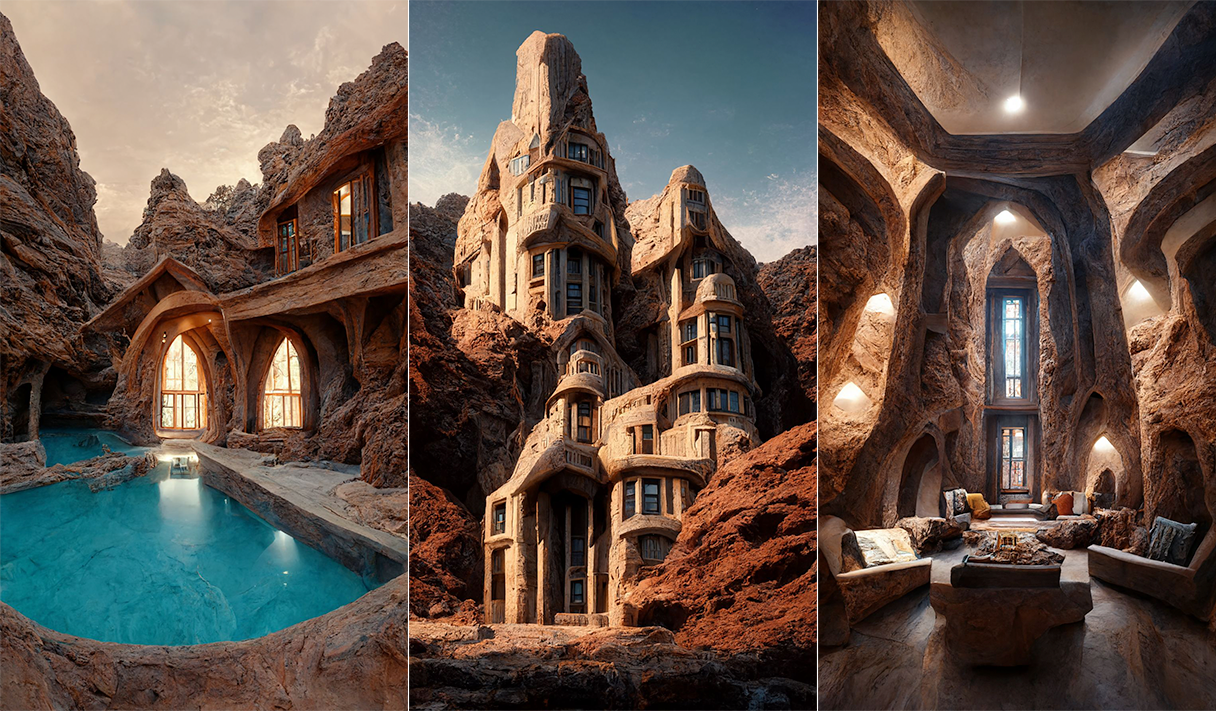