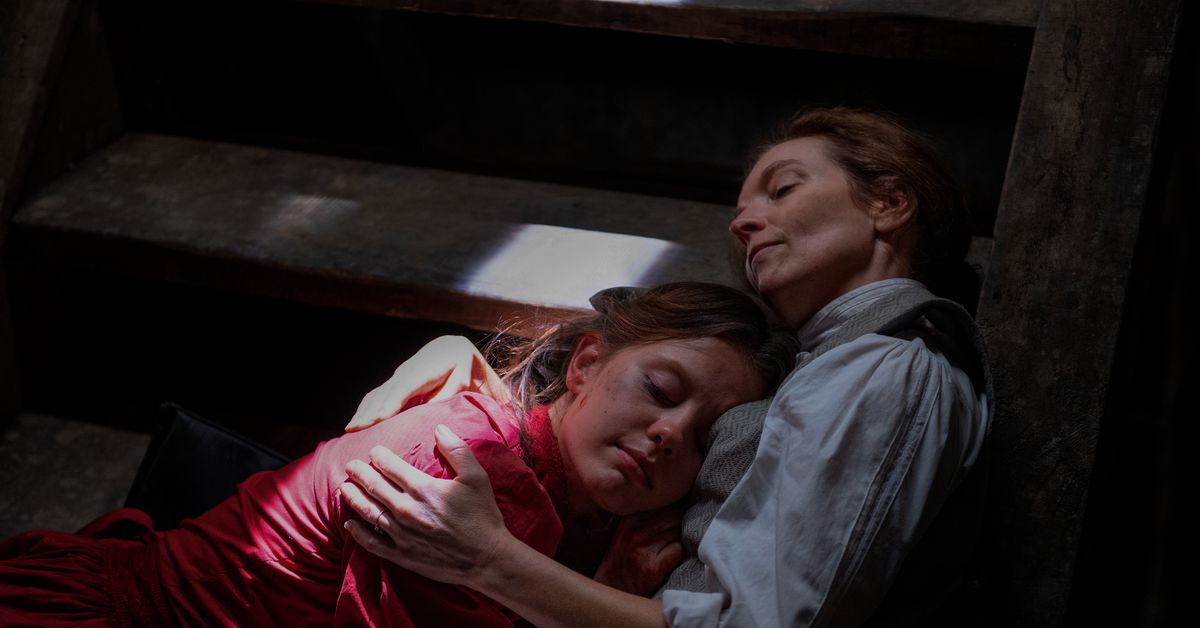 From the moment the first trailer for Pearl arrived, tacked on to the end of Ti West’s stylish A24 horror movie X, it was obvious that the film was a satire of a broad section of Hollywood history. Tyler Bates and Tim Williams’ comically swoony score, the retro title treatments, and even the emphatic, exaggerated performances all conjure up images of canonized movies, from the 1930s classics Wizard of Oz and Gone With the Wind to 1950s melodramas like Douglas Sirk’s Imitation of Life and All That Heaven Allows.

But in an interview ahead of Pearl‘s release, West told Polygon that there was another, less immediately obvious touchstone for Pearl‘s visual style and story tone: classic Disney movies.

“I just felt like Pearl has this sort of naiveté that matches a Disney movie, except it’s much darker and more demented,” West says. “That became an interesting jumping-off point.”

All three movies in the X trilog — Xthe prequel Pearland the newly announced sequel xxxine — are pastiches of Hollywood classics. X is set in the 1970s and draws visually and narratively from The Texas Chain Saw Massacre and his followers. xxxineWest revealed after Pearl‘s premiere at the Toronto International Film Festival, will be set in the 1980s and inspired by the ’80s VHS boom, as the grainy look and tracking lines on the first teaser trailer suggest.

Pearl, by contrast, is meant to evoke Disney’s early era and the age of classical musicals, although it isn’t a musical itself. But West says he and his team de el did n’t look to any one particular movie or era for visual inspiration, the way they did with X.

“It’s more general,” he says. “There may have been some specific movies I looked at with Eliot Rockett, the DP, or Tom [Hammock], the production designer, that were more technical. Like we could have looked at [the 1948 British ballet drama] The Red Shoes to get a certain amount of red saturation. But we didn’t really watch them as movies [to copy].”

West says the trilogy as a whole is designed around “highlighting the craft of filmmaking,” which affects both the story — the protagonists of these films are obsessed with becoming movie stars, and the fame that comes with stardom — and the way West frames, designs, and shoots the work.

“X was really informed by a love of cinema, and people being affected by cinema,” he says. “In the case of that movie, it was about the exploitation era, and the auteur-ish, Americana, independent-film era. Pearl you have nothing to do with that. Pearl’s emotional state is much more about wonder and hope and ambition. It needed to be aesthetically very different from X, because it wasn’t a gritty ’70s movie. It’s taking place 60 years earlier.”

West says the Disney stylings of the movie aren’t meant to reflect Pearl’s mental state so much as her fantasies about the life she thinks she’d lead if she makes it to Hollywood — a hope that leads her to the same kinds of brutal acts of murder and mayhem seen in X.

“My take is that the style of the movie, the aesthetic of the movie, is not the experience she’s having,” he says. “She’s not where she wants to be. the world [of the movie’s stylistic parody] is what she thinks it feels like where she wants to be. So it is a bit ironic, because of the contrast between this wondrous-looking world and the miserable life she’s living. […] It just became about making sure we had lots of primary colors. It became a very idiosyncratic process of getting the look right. It was a blast. It was really fun to come off X and do that. It’s as rich of an aesthetic as I’ve ever done, and it was a joy to do it.”

Pearl debuts in theaters on Sept. 16.

To be or not to be cancelled: how directors deal with Shakespeare’s problematic side | stage