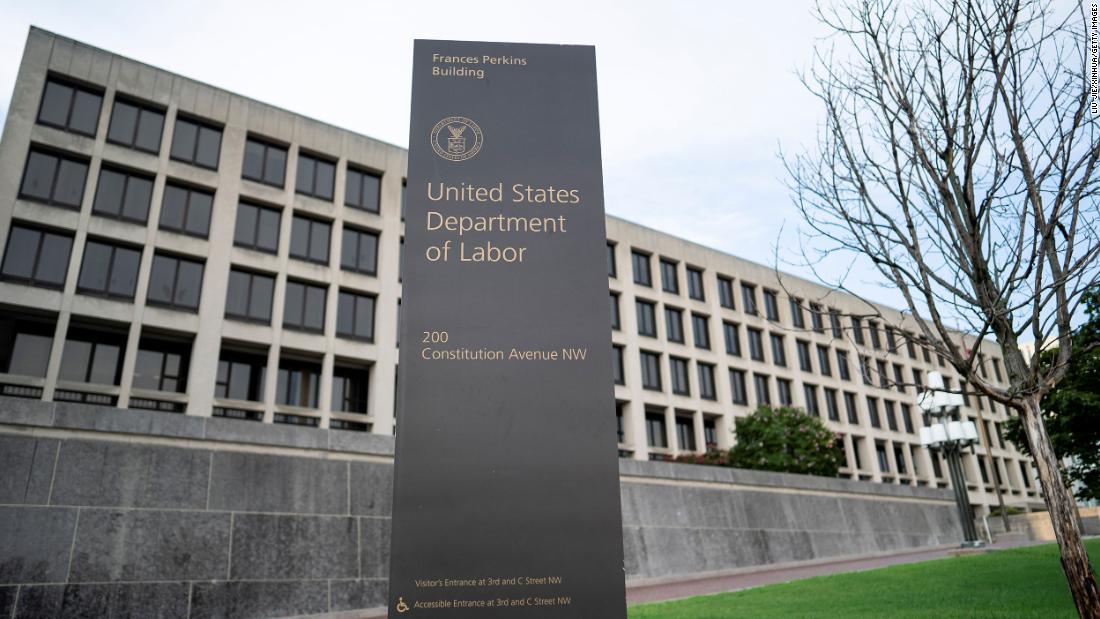 The updated figure is a big jump from the $16 billion in potentially fraudulent unemployment payments that the office cited in a June 2021 alert, which looked at claims from March through October of 2020. Since then, there were increases in payments tied to Social Security numbers of people who filed in multiple states, who were deceased and who used suspicious email accounts in their claims — all deemed high-risk areas.

The 2021 alert also found payments tied to Social Security numbers of federal prisoners to be a high-risk area. The office said in Thursday’s memorandum that it could not update that figure because of a lack of new data from the Federal Bureau of Prisons, which declined to provide it because of the burden the request would create on the bureau’s resources and technological platform, the inspector general’s office said.

Fraud within the nation’s unemployment system skyrocketed after Congress enacted a historic expansion of the program to help Americans deal with the economic upheaval sparked by the Covid-19 pandemic in March 2020. State unemployment agencies were overwhelmed with record numbers of claims and relaxed some requirements in an effort to get the money out the door quickly to those who had lost their jobs. Within five months, more than 57 million people filed claims for unemployment benefits, the inspector general’s office said.

“Hundreds of billions in pandemic funds attracted fraudsters seeking to exploit the UI program — resulting in historic levels of fraud and other improper payments,” Inspector General Larry Turner said in a statement.

States and Congress subsequently tightened their verification requirements in an attempt to combat the fraud, particularly in a new temporary program that allowed freelancers, gig workers and others to collect benefits for the first time.
A key component of the relief effort was a federal weekly supplement for out-of-work Americans. The jobless received a $600-a-week boost from April through July of 2020. Congress then revived the enhancement in late December 2020 but reduce it to $300 a week. That supplement expired in September 2021, though many states led by Republicans and one with a Democratic governor ended it earlier.

Lawmakers also created two other measures to aid the jobless. The Pandemic Unemployment Assistance program provided payments for freelancers, the self-employed, independent contractors and certain people affected by the outbreak, while the Pandemic Emergency Unemployment Compensation program extended payments for those who exhausted their regular state benefits. Those programs also ended by September 2021.

A total of $872.5 billion in pandemic-related unemployment benefits were paid since March 2020, the inspector general’s office estimates.

Nearly a million Social Security numbers were used by people who filed for benefits in two or more states, resulting in benefits paid from more than one state, the inspector general’s office said. They received nearly $29 billion in potentially fraudulent payments.

In its earlier report, the inspector general’s office found that Social Security numbers of potentially ineligible federal prisoners were used to file for more than $267 million in benefits.

The inspector general’s office said that it has had difficulty getting unemployment insurance data from state workforce agencies until subpoenas were issued. In some cases, the data sent was incomplete or unusable.

The inspector general’s office also took issue with the Department of Labor’s Employment and Training Administration, which oversees the unemployment insurance program, saying the agency has not implemented the office’s previous recommendations including to collaborate with state agencies to establish effective controls to mitigate fraud and to work with Congress to require state agencies to cross-match high-risk areas.

“ETA’s lack of sufficient action significantly increases the risk of even more UI payments to ineligible claimants,” the inspector general’s office wrote in the memorandum.

In a response to the memorandum, the agency said it continues to “actively and aggressively address fraud” in unemployment compensation programs. It said it is committed to helping states combat the “continually changing and new types of sophisticated fraud.”

The unemployment insurance system is not the only pandemic program that fell victim to fraud in the chaos the pandemic wrought.

The Small Business Administration’s Paycheck Protection Program, or PPP, was plagued by questionable lending and rampant fraud, even though it was successful in helping many companies continue to pay their workers during the pandemic.

In total, the program provided $813.7 billion in loans to small businesses, which were forgiven if the company spent the money on qualifying expenses.

The Small Business Administration’s Office of Inspector General has said that more than 70,000 PPP loans totaling over $4.6 billion could be potentially fraudulent, according to a May 2022 report.

“These loans can only be considered potentially fraudulent because OIG has not completed a document-by-document review of loan files to confirm or resolve the suspicious activity; however, our investigations have substantiated an unprecedented level of fraud activity. We are working to identify the full extent of PPP fraud,” the report read.

Separately, the Department of Justice has prosecuted over 150 defendants in more than 95 criminal cases and has seized over $75 million in cash proceeds, as well as real estate and luxury goods, as of May 2022.
And just this week, the department announced charges against 47 people accused of stealing $250 million from a federal program designed to provide meals for needy children during the pandemic. The scheme is the largest Covid-19-related fraud uncovered by investigators to date, the department said. The defendants are facing a range of charges, including conspiracy, wire fraud, money laundering and paying and receiving illegal kickbacks.
The defendants set up a network of shell companies connected to the Minnesota-based nonprofit Feeding our Future, to exploit the federal child nutrition program, which is designed to provide meals to children from low-income families, prosecutors said.

CNN’s Hannah Rabinowitz and Omar Jimenez contributed to this report.