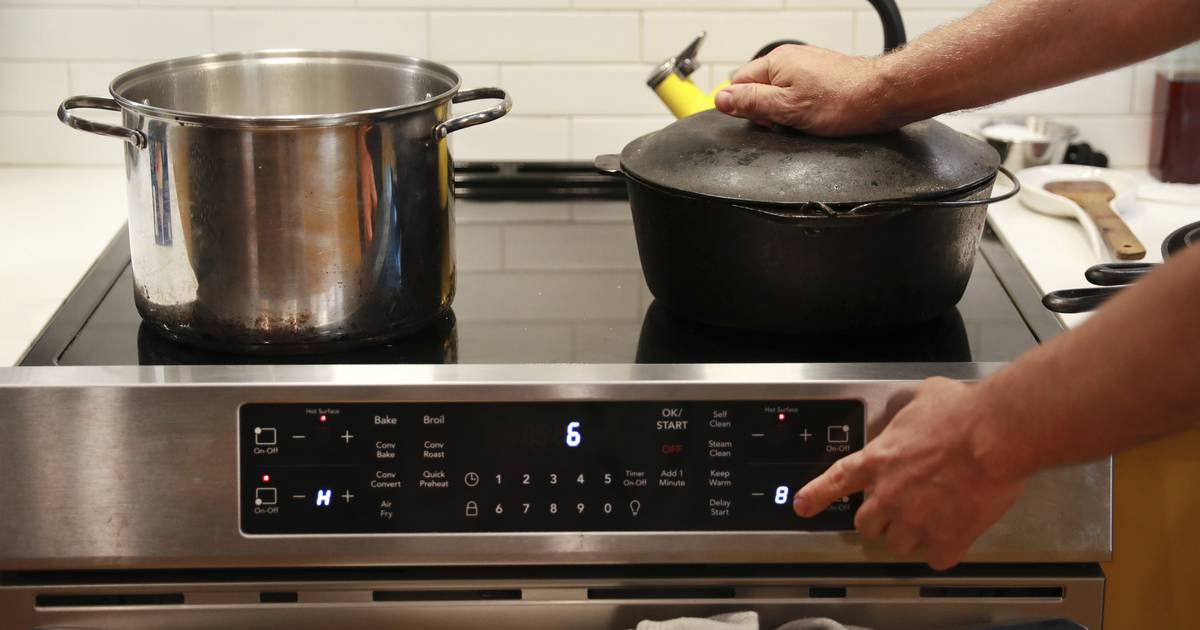 City Council has made life easier — and less expensive — for Chicagoans who want to reduce their carbon footprints by installing electric stoves, clothes dryers and water heaters.

Under the new 2022 Energy Transformation Codepassed Wednesday, newly constructed residences will have to be wired and ready for large electric appliances, sparing homeowners, tenants and landlords the headache of running additional wires and adding outlets.

The ordinance also requires that some low-lying commercial buildings — many of them warehouses — be built with roofs capable of supporting solar panels.

“It’s really exciting,” said Grant Ullrich, managing deputy commissioner of the Buildings Department, who noted that 70% of the city’s greenhouse gas emissions are related to buildings and industry.

“In Chicago, a big part of our solution to global climate change has to do with our building stock,” Ullrich said.

Buildings, including homes and businesses but not factories, are responsible for 29% of greenhouse gas emissions in the United States, according to the US Environmental Protection Agency, and experts say that building electrification can play an important role in reducing greenhouse gas emissions and staving off the worst effects of climate change.

[ Some Chicagoans are going all-electric at home: ‘Hopefully, this will be the future’ ]

New York has banned natural gas heating and stoves in new buildings, and Los Angeles has passed a ban on most gas appliances in new construction.

Chicago’s new ordinance doesn’t go that far, but it, too, encourages a move from natural gas to electricity.

The federal Inflation Reduction Act, passed in August after many political observers had given up on comprehensive climate change legislation, includes $1 billion in funding for technical assistance in areas such as improving the building permitting process. But cities won’t be eligible to apply for that money until they pass a code update that’s at least as strict as the 2021 International Energy Conservation Code, Ullrich said.

In June, Katie Kaluzny of the Illinois Green Alliance told the Tribune that the new ordinance “sets us on a really good path for what’s minimum for Chicago.”

“While all-electric isn’t required, it makes a builder give a second thought to that. It makes you assess whether you want to build both infrastructures. In some cases, gas will still make sense, and that transition can happen later, but at least that resident — or that homeowner, or that tenant — would be ready to do that if and when that time came,” said Kaluzny, associate director of Illinois Green Alliance, a nonprofit that promotes green buildings and sustainability.

Mike Cwienkala, president of the board of directors of the Chicagoland Associated General Contractors, told the Tribune in June that the ordinance contains “clear steps the building industry can and should be taking to further a sustainable building infrastructure.”

He said that the ordinance will increase construction costs, but added that the higher costs “should be viewed as investments into these projects, because they will help reduce the life cycle costs of buildings and add value to the properties.”

The ordinance, an update of the city’s energy-efficient construction code, also includes the adoption of the 2021 International Energy Conservation Code. The 2021 code represents an 8.7% reduction in carbon emissions for residential buildings compared with the 2018 code, according to the US Department of Energy.

Updated by the International Code Council every three years, the international code establishes minimum requirements for energy-efficient buildings. It addresses cost, energy usage, use of natural resources and the environmental effects of energy usage.