The term and the technique of xeriscaping was invented by Denver Water for the high desert, but it’s often been a hard aesthetic sell among consumers. Some thought of it as “zeroscaping” — as in zero appeal — and weren’t impressed with how much landscaping water the desert-style designs could save in their home yards.

But urban and suburban dwellers on the Front Range are starting to realize the days of unlimited expanses of unquenchable, green lawns are over. They suck down way too much Colorado River water, and they’re getting outlawed in some big cities, such as Aurora.

So is an “oasis” home landscape the Goldilocks solution, just right for both water use and city climate comfort?

A new study from the Desert Research Institute and scientists at two Western universities seem to think so. The researchers compared both water use and air temperatures at three different levels of landscape: mesic, or traditional turf surrounding thirsty trees; what they call xeric, a dry landscape featuring drip-fed desert plants surrounded by dry rock or mulch; and a middle ground, oasis, where shade trees or shrubs and small turf islands break up a drier, resource-friendly landscape.

The study of different scenes around Phoenix found the oasis style could be a winning compromise for arid urban climates like those in Arizona, Colorado, Nevada and Southern California. The oasis uses far less water than turf lawns, and still keeps ambient temperatures within the comfort range produced by the shadier, greener turf.

Air temperatures in the xeriscape plots averaged 5.4 degrees higher than the oasis or mesic, tree-turf style, according to the study, published in the journal Hydrology.

Researcher Rubab Saher of DRI’s Department of Hydrologic Sciences says this “best-of-both-worlds” effect is key to persuading the public, developers and city planners to go with the oasis style: They need to be confident that a water-friendly design won’t worsen urban “heat islands” that can make less thoughtful sections of metro Denver, Las Vegas or Phoenix a daytime hellscape.

Plus, the oasis designs are just more pleasant in the eyes of many residents.

“Removing turf grass from the landscape is an excellent approach for saving water, but if we remove all the turf grass, the temperature will go up,” Saher said. “For every acre of turf grass removed, we also need to plant native and/or rainfed trees to make arid cities livable in the long run.”

Water analysts praised the report, and mentioned both the number of metro areas cutting back on turf and the plethora of places in Colorado that are demonstrating the oasis techniques on the ground.

“There’s just more and more momentum even in the last year,” said Lindsay Rogers, water analyst with the nonprofit Western Resource Advocates. “I’m glad these institutions are trying to get a better understanding of the landscape materials that could reduce or exacerbate urban heat island effect, because this is a critical issue when we talk about water-wise landscaping best practices, and it comes up to lot.”

Rogers would like to see the same scientific study of Colorado city environments to measure whether on-the-ground practices produce lower temperatures than similar designs in Arizona or Nevada. Colorado landscapers tend to use more wood-based mulch than rock to replace large grass areas, and she wonders if those different materials would change the heat island measurements.

Colorado developers and water researchers are demonstrating various levels of the oasis style up and down the Front Range in an encouraging display of drought and climate adaptation, Rogers said.

The Painted Prairie housing development in Aurora is building water savings into its public parks and homebuilding sites. Northern Water, which supplies dozens of north Front Range communities, has an array of demonstration gardens at its Berthoud headquarters. Denver Botanic Gardens, Colorado State University and others are also experimenting with plant and material mixes that can save water while cooling the landscape, she said.

“We’re seeing many of our cities include parameters in their turf replacement programs that recognize the benefits of living plant materials, from reducing temperatures to creating more pollinator habitat and providing shade,” Rogers said. That may include a minimum percentage of live plant materials or a minimum number of trees.

“They’re really trying to balance the need to reduce landscape water use with all of those other essential benefits that our landscapes need to provide for us,” she said.

The Desert Research Institute study, with co-authors from Arizona State University and University of Nevada Las Vegas, also looked at landscape impact on nighttime temperatures, and even whether placement of buildings or houses causes its own climate effect.

The middle-ground oasis style, while cooler in the daytime, did not show cooler temperatures than xeriscaping overnight, Saher said. The oasis design does not cool as fast at night as a more traditional green turf lawn. They can’t fully explain why that would be true.

And it appears that building placement can create cooling effects similar to turf lawns through strategic orientation of the shade the structures produce.

Saher says her next project will involve comparing the official watering recommendations from the increasingly stingy Southern Nevada Water Authority to how residents are actually watering their lawns.

“To see how far off or how close we are,” she said.

Here’s how to register to vote in Colorado, plus your other ballot questions answered

A Denver judge ruled that state Rep. Kyle Mullica did not violate a requirement that candidates for Colorado statehouse seats…

Lindell alleges in the complaint, filed Tuesday in federal court in Minnesota, that the confiscation of his iPhone violated his…

A diverse group of entrepreneurs talk about the difficulties of being a startup trying to attract attention and funding. 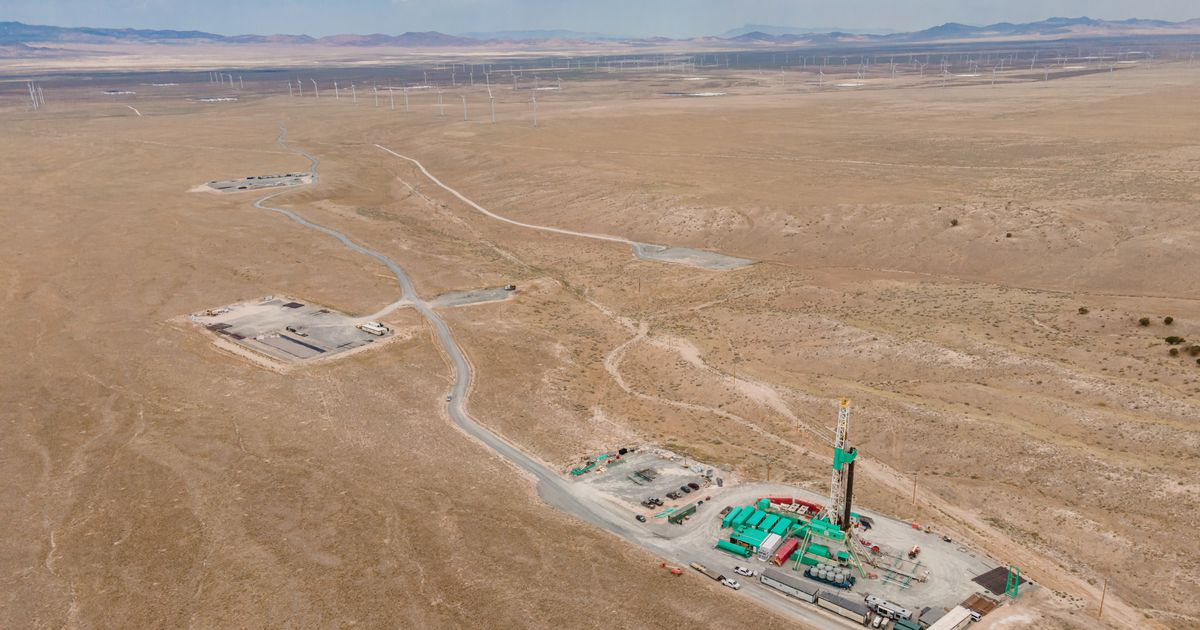 Is the future of energy sitting below this small Utah town?