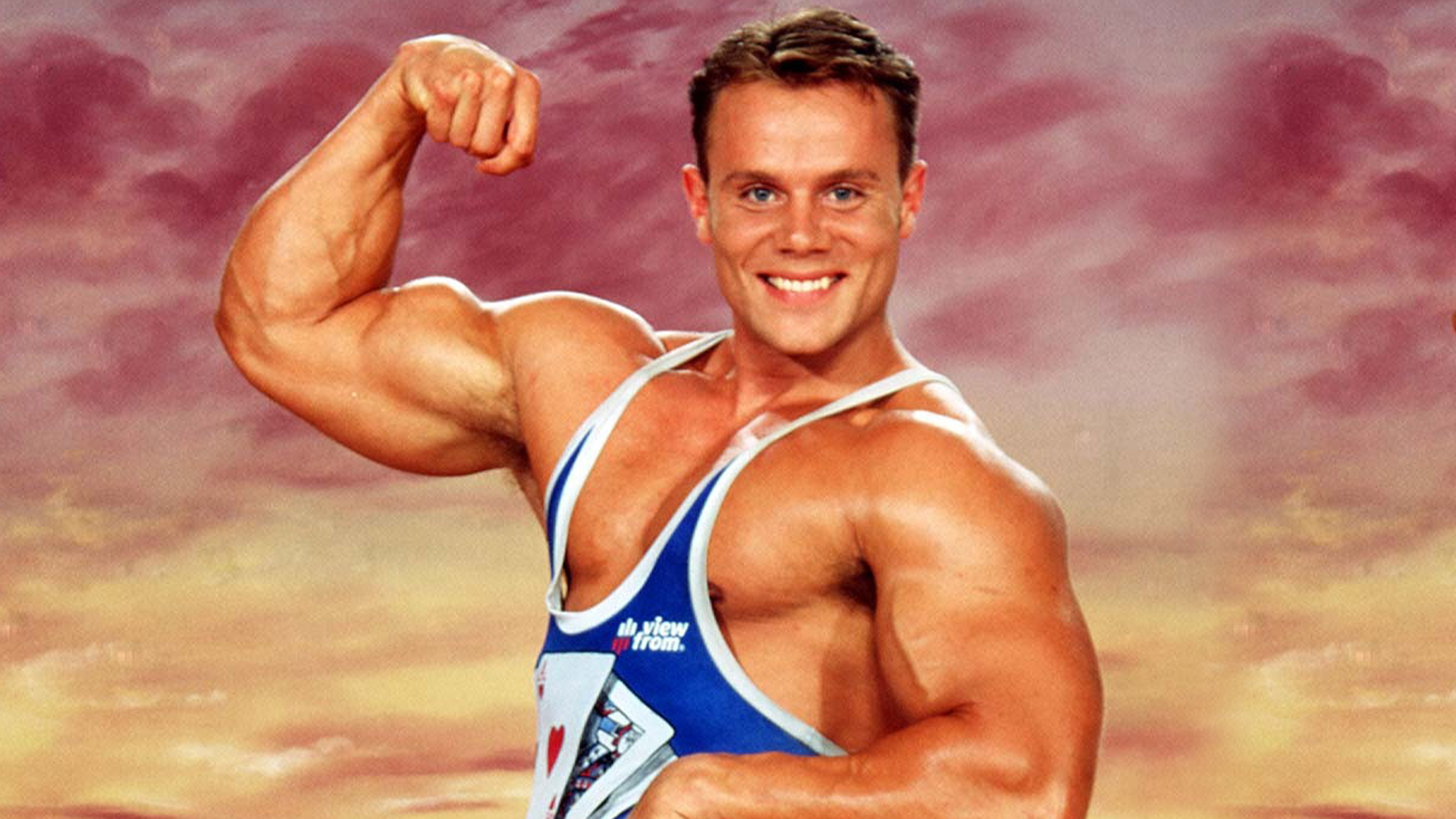 IF you have rippling muscles and think you look good in skimpy Lycra, you could be a contender for the revival of Nineties telly hit Gladiators.

the BBC is hunting for “superhumans” to take part in the resurrected game showwhich starts filming next year.

But former Gladiator and fan favorite Ace has warned that the role has a dark side, and told of steroids, alcohol abuse — and a doomed relationship with Katie Price.

He said: “I saw destructive forces come into my life. My destructive choices were slowly killing me.”

Blond hunk Ace — in reality, bodybuilder Warren Furman — thought that being a Gladiator would help him to become the new arnold schwarzenegger.

Having joined the original ITV show for its fifth series in 1996, he was earning £2,000 an hour, began hanging out with celebrities and got engaged to model Katie. 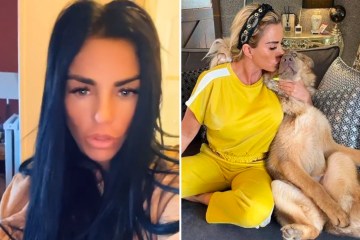 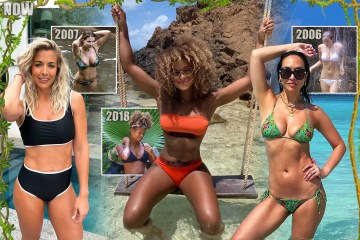 I have thought Hollywood would soon beckon — but instead, Warren developed a booze habit, split from Katie, and after Gladiators was axed in 2000, he struggled financially.

He said: “The higher I got, the lower I had to come down.”

Now TV production company Hungry Bear Media, which is behind the revival, is asking Gladiator wannabes to send in their applications.

Warren, 50, who lives in York with his wife and two children, thinks they will need to be tough men and women who are unwilling to settle for second place — and he warns against a woke “It’s the taking part that counts” approach.

He said: “Although it was the first reality TV show, I think it celebrates people for the right reasons.

“People were in competition and it was healthy competition, which was bringing out the best in each other.

“When you went against another contestant or Gladiator it was all done in the spirit of sportsmanship, which I loved.

“I think these days we’re worried about offending each other, or the notion that we shouldn’t do competition because there’s no such thing as second place. No, we have to toughen up a little bit.”

Gladiators first body-slammed on to our TV screens in 1992 with Sun columnist Ulrika Jonsson and ex-footballer John Fashanu presenting the prime-time battle of brawn.

At its peak it drew in 16 million viewers, and turned the likes of Michael Van Wijk as Wolf, James Crossley as Hunter and Kim Betts as Lightning into household names.

Viewers loved to see these Gladiators taking on members of the public in the arena.

It would be up to Ace and his colleagues to defeat these contenders in a series of rounds, making them fall from suspended rings in Hang Tough or blocking the path of their giant hamster-ball “pods” in Atlaspheres.

A previous attempt to revive Gladiators on Sky in 2008 lasted only a year. The new 11-episode series promises to revive many of the original challenges, ending again with the fearsome Eliminator assault course.

“I was a shy kid and I was an insecure person and I was always looking for adulation and acceptance. I thought showbiz meant you got fame and rich and you lived happily ever after.”

Thanks to his blue eyes, 48in chest and 6ft 1in frame, Warren as Gladiator Ace provided an immediate hit with female fans. Two years later he started dating Katie, better known back then as glamor model Jordan.

He was the first man she agreed to marry, but their engagement didn’t last. Her former fiancé of her joked: “I think maybe Katie had the lucky escape — what do you think?”

Their relationship had lasted only 18 months — thanks to the pressure of being in the public eye. Warren said: “We were both equally to blame for the breakdown of our relationships.

“We were both young, we were both courting the Press. We were very similar people, we came from working-class backgrounds and we got on very well, but the pressures of fame cursed the relationship in a lot of ways.” They parted on good terms, with Katie commenting that Warren was one of the few boyfriends who didn’t cheat on her.

The problem was that both of them were so busy seeking success that they didn’t have time for each other. Warren said: “My idol was Arnold Schwarzenegger. He’s a man just conquering the world with big muscles.

I think these days we’re worried about offending each other, or the notion that we shouldn’t do competition because there’s no such thing as second place.

“I thought that’s what I would do — I’d go to Hollywood and become a movie star. Another Gladiator, Trojan — Mark Griffin — had done that. He got to Hollywood and was appearing in movies with the likes of Jean Claude Van Damme.”

Like many bodybuilders, Warren was so desperate to have bulging calves and biceps that he took banned growth hormones. But the Gladiators producers warned him that if he kept taking steroids he would be ditched.

Warren said: “I dabbled in steroids, then I got the TV show. On the TV show they drug-tested you. So they said, ‘If you’re taking any steroids the level must come down, if not, then we will sack you’. So that was a real blessing that Gladiators came along for me, because in the sport of bodybuilding, steroids are rife.

“The reality is steroids are a killer. I was very lucky.”

The party lifestyle that came with being a TV celebrity was not so easy to quit. Rather than living the life of an athlete, Warren began to smoke and drink heavily.

He admitted: “I was an athlete and sportsman on a TV show that required me to be fit, but I started to pick up some habits that I never thought I would ever, like tuxedo and drinking alcohol, and quite a lot of it.”

After the program was axed in 2000 Warren soon found that casting agents were not knocking on his door.

And rather than working on Hollywood blockbusters he found himself starring in pantomime.

Eventually he returned to the construction industry and his wage dropped to £20 an hour.

Warren said: “Once the bubble bursts the fame and riches do not bring success and happiness.”

Realizing he had not found fulfillment at showbiz parties, Warren then began searching for it in religion. And he maintains that thanks to his Christian faith from him, he has been able to give up tobacco and now only drinks alcohol socially.

These days he is a preacher whose work includes visiting schools across his North Yorkshire patch.

He still keeps fit, and hopes that the return of the Gladiators will persuade today’s children to do more exercise.

He said: “I thought it was a good thing that Gladiators is coming back. I think we need a TV show to promote health and fitness because we’ve got problems now in this country with obesity and diets and these types of things.

“Kids need role models and to look after themselves physically.”

Warren also hopes that 44-year-old Katie, who has been married three times and recently spent time in rehab, can turn her life around, like he has.

But just because Warren is a preacher these days, it does not mean that he wouldn’t make a comeback as Ace. He did return for Sky’s Gladiators series and says his door is also open to the BBC.

He added: “If God sends me to the top of an arena with a stick in my hand and asks me to hit someone over the head, I’d do it.” 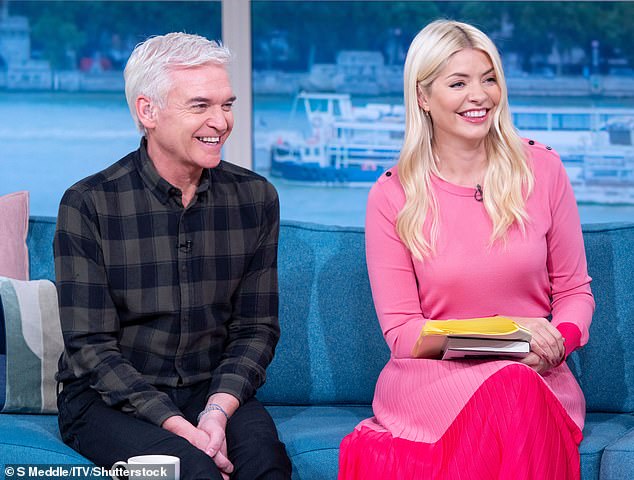