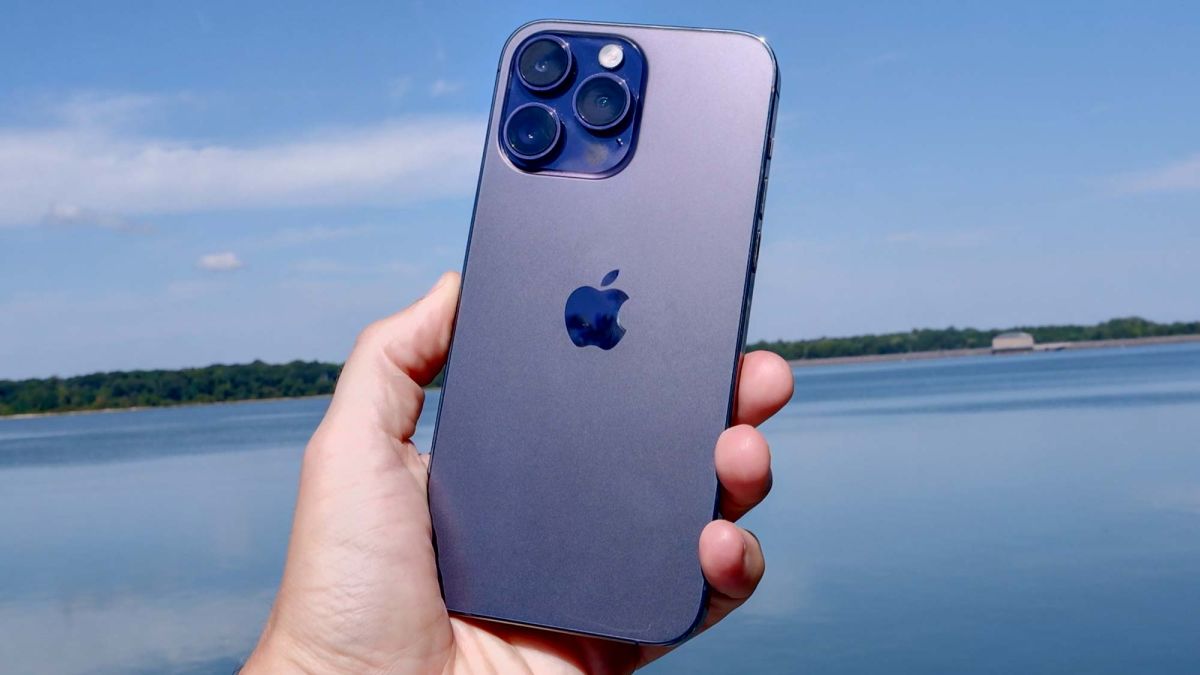 the iPhone 14 Pro and iPhone 14 ProMax have some major camera advantages over the regular iPhone 14, such as a 3x telephoto zoom lens. But a new exclusive feature for this year is a 48MP sensor for the main wide camera in the Pro models. And based on our testing, it produces some pretty amazing results.

The new 48MP sensor on the iPhone 14 Pro and Pro Max is 65% larger than the one on the iPhone 13 Pro, and it features a second-gen sensor-shift optical image stabilization system. The main camera’s sensor can optimize for light capture and group every four pixels into a larger quad-pixel (resulting in 12MP shots) or use each pixel individually to optimize for detail in higher-resolution 48MP pics.

It’s the latter scenario that I was interested in for this comparison, which shows what happens when you use the ProRAW format and shoot full 48MP photos.

The beauty of shooting 48MP images is that you have a lot more pixels to play with, especially if you want to crop, reframe or zoom in. I took several photos with the 48MP ProRAW setting on and off to see how much of a difference it makes.

Note that we converted the files to JPEG images for the basis of this comparison, but you can still see a vast difference in detail, color and overall quality — and why the iPhone 14 Pro series tops our best camera phones list.

In this first phone taken in Times Square, we zeroed in on a winged baby basket atop a building. And you can see that the ProRAW mode delivers a lot more detail as we cropped in.

The straw around the baby in particular is a lot sharper looking, as are the wings behind it. The building in the background looks more natural as well, as it’s artificially punched up by the iPhone 14’s computational photography. And even the neon lights on the right look more realistically subtle. The 48MP shot is simply cleaner than the 12MP version, where a little bit of fuzziness has crept into the image.

For this next shot we snapped this photo of the carousel in Bryant Park. Check out the butterfly and especially the detailing to the right.

I appreciated the sharpness in the Tiffany blue butterfly as we zoomed in, and the blueish green color seems to deepen. The 12MP version of the same shot artificially amped up the contrast. Also note how the lights get a bit blown out in the 12MP photo and are more muted and realistic in the 48MP image.

This is an interesting shot because you have the bright sky in the background surrounded by buildings, making for a tricky photo.

At first glance, the 12MP photo from the iPhone 14 Pro Max looks more inviting because of the saturated colors; there’s also more contrast between the sky and clouds. However, there’s a lot more noise in the 12MP photo as opposed to very little in the 48MP shot as we zoom in. The building to the left of the Prudential sign almost looks like a painting in the 12MP image.

This is a nice challenging photo because of all the shadows around the fountain. Let’s see what happens when we get up real close.

The biggest area of ​​difference I see is in the water. You can make out more of the droplets in the 48MP photo compared to the 12MP photo of the same fountain. There’s also a more even balance to the lighting in the 48MP iPhone 14 Pro Max shot, similar to what we see from Google Pixel phones.

These photos of the William Cullen Bryant statue look dramatically different, from the coloring to the pillars surrounding the statue.

In this case the 12MP iPhone 14 Pro Max photo turns the statue too dark, to the point where it’s almost a black blob. You can make out a lot more fine details in the 48MP photos, especially in the face and right hand. And while the lettering doesn’t stand out as much in the 48MP photo, it’s more natural looking.

I’m honestly surprised that both phones were able to render the bird on top of the statue so well given how dark things are in the shadow. But once you zoom in on the difference is night and day.

The iPhone 14 Pro Max’s 48MP ProRAW mode did a fantastic job rendering the face on this dark statue. It’s much easier to make out the beard and hairline in this shot than with the 12MP version. And the Grace Building in the background also looks sharper. The bird stands out a bit more in the 12MP photo, but this is before editing.

This photo was taken across Bryant Park with the Empire State Building in the distance. This is the only photo where at least the unedited results from the 48MP photo didn’t impress as much as I hoped.

If I were to share one of these photos I’d probably pick the 12MP version (at least before editing). The blue sky is richer and there’s more contrast once again. The 48MP photo is flatter, and it almost seems like there’s a film over the image, especially when you look at the Empire State Building. But this RAW image gives editors more of a blank canvas from which to tweak.

The 48MP camera in ProRAW mode is very impressive, especially if you want to potentially zoom in or crop an image after a fact to reframe your shot. And we really only tested one aspect of ProRAW here.

Overall, the photos shot in ProRAW mode offer more realistic, life-like contrast—particularly in the shadows—and feature fewer digital artifacts. There’s less sharpening by the iPhone’s camera software, and the images keep a broader dynamic range for making edits later. (This might also result in some of haziness and exposure differences that crept into a few of the above samples.)

While the 12MP photos from the iPhone 14 Pro Max are stellar, you simply have a lot more creative freedom in ProRAW mode. With a good photo editing app — or even Apple’s — you can get the colors exactly how you want. So I would definitely give it a shot.

(opens in new tab) up front

(opens in new tab) up front