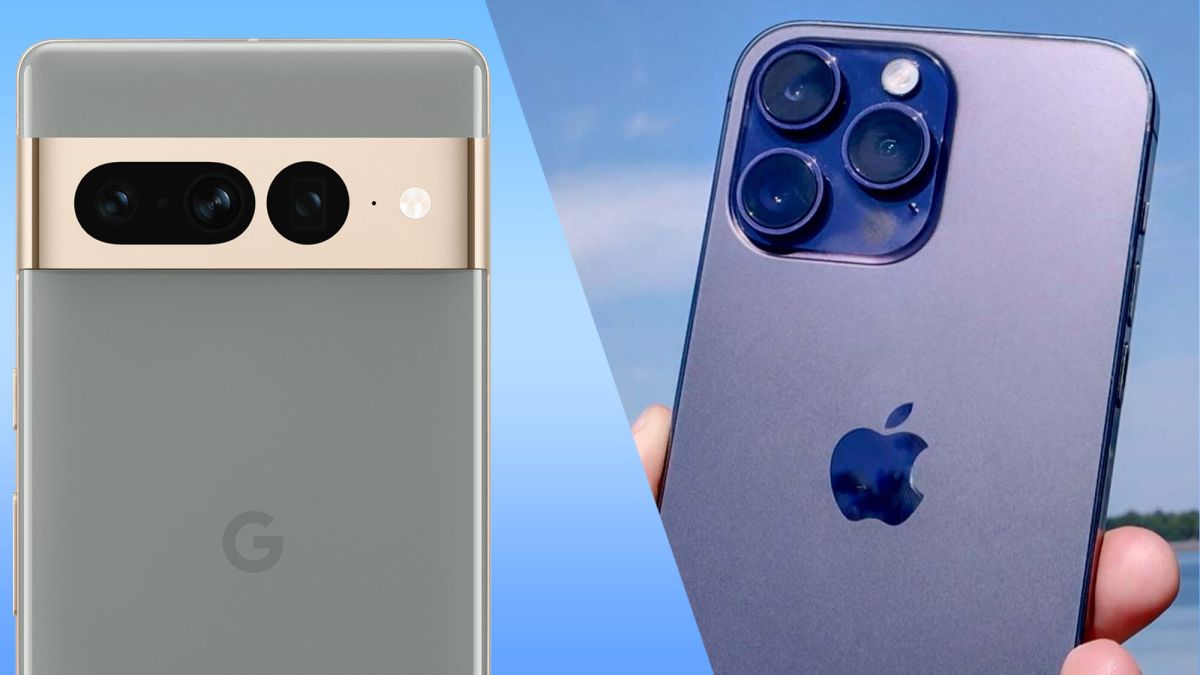 with the Google Pixel 7 Pro‘s October 6 reveal date not far off, we’ll soon find out if it’s capable of dethroning the excellent iPhone 14 Pro and iPhone 14 ProMax. Because based on what we know about the phone so far, and what the Pixel 6Pro was capable of, it’s got the potential to take down Apple’s best.

Google gave the Pixel 6 Pro a competitive price, high-resolution cameras and a more eye-catching design than the iPhone, and continues to flex its AI prowess by adding more and more smart software features via its Pixel Feature Drop updates. The Pixel 7 Pro, therefore, could have everything it needs to outpace the latest iPhones, and could even surpass them on our best phones guide if it can fix a few other annoying parts of the Pixel experience.

So while we wait for the Google October eventhere are the main ways that the new Pixel 7 Pro could out-Pro the iPhone 14 Pro. And check out our iPhone 14 Pro vs. Pixel 7Pro preview face-off for more details on both phones.

Cheaper price (and easier to buy)

The Pixel 6 Pro started at $899, which was already lower than the iPhone 13 Pro it competed with. Apple didn’t reduce the price of the iPhone 14 Pro or Pro Max (in fact it went up in some markets like the UK), meaning we should see another big price gap when the Pixel 7 Pro arrives. If you’re on a tight budget, the Pixel 7 Pro’s likely value offer would be a lot more appealing than the iPhone’s.

We may find the Pixel 7 Pro is easier to get, too. Although Google’s only putting the Pixel 7 series up for preorders on October 6and rumored to be releasing the phones fully on October 18, iPhone 14 order delays are already so long that users are having to wait at least that long, even if they order right now. There will no doubt be a surge of demand for the Pixel 7 series at launch, but delays like the iPhone’s experience seem unlikely.

We’re not expecting any hardware changes here for the Pixel 7 Pro, but even with the exact same cameras, it still has the ability to take on the iPhone 14 Pro. And we do expect to see more computational photography upgrades via the Tensor 2 chip.

A lighter and friendlier design

Google makes sure you get a lot of phone with the Pixel 6 Pro. While it is cheaper than both the iPhone 14 Pro and iPhone 14 Pro Max, the Pixel 6 Pro offers a 6.7-inch display like the Pro Max. However, it’s easier to handle thanks to its curved edges and lighter weight, all things we expect to have again on the Pixel 7 Pro thanks to an early unofficial hands-on video.

The Pixel 6 Pro also came with an under-display fingerprint reader (albeit an unreliable one at launch), which is something Apple eschews in favor of Face ID. As convenient as facial recognition can be, some iPhone users prefer the simplicity and ease of a fingerprint scanner, especially if you’re trying to use your phone at an angle where the front cameras can’t see you.

Apple threw us for a loop with the iPhone 14 series by removing the SIM card tray for all models sold in the US It leaves you with the option of eSIM support, which while easy to set up, does make it tricky to swap phones in comparison to just pulling out the card and slotting it into another phone.

Plus, there are some international carriers that don’t support eSIMs yet, though support is growing.

There’s been no mention of the Pixel 7 series losing its SIM tray, which is good news. Phone users aren’t keen to be pushed onto the new eSIM system, so having the option to choose between eSIM and regular SIM (like the Pixel 6 Pro) could help provide a sense of familiarity to less confident phone buyers, and be a welcome practicality for power users juggling multiple SIMs or handsets.

It’s not controversial to say that Google does software well, and with the enhanced Tensor G2 chipset, we’re expecting to see more software tricks that iPhone users will be very jealous of.

Last year, Google debuted its awesome magic eraser feature that lets you quickly and easily remove unsightly parts of photos, as well as face deblurring to help add definition to people moving quickly through your shot. The Pixel 6 Pro also featured Live Transcribe and Live Translate features for on-the-fly translation and recording, and At a Glance widgets that swap function based on upcoming events and reminders. And we can expect more after launch, too, thanks to Google’s Pixel Feature Drop updates that add new abilities to its existing phones.

But there are kinks to iron out…

All the stuff we’ve covered above would help the Pixel 7 Pro stand out from other phones, even the excellent iPhone 14 Pro. However, the new Pixel could also do with improving some of the Pixel 6 Pro’s worst features.

Google seems to have sorted out its new under-display fingerprint sensor with the Pixel 6a, so hopefully we won’t see a repeat of the problems that appeared at the Pixel 6 Pro’s launch. However, we still need to see a big improvement to battery life, since the Pixel 6 Pro lasts almost half as long on our custom TG battery test than the iPhone 14 Pro does.

One final point would be for Google to make the Tensor G2 a more powerful chip to compete with the incredible A16 Bionic in the new Pro iPhones. The original Tensor was lacking power even compared to other Android phones, even if it does do AI and graphics work quite well. There’s more to a smartphone than using demanding games and apps, but as a flagship-grade phone, the Pixel 7 Pro could definitely use some more processing juice.