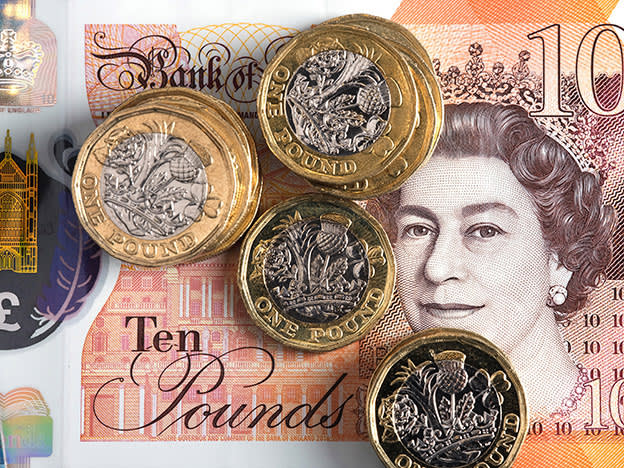 Deutsche Bank FX analyst Shreyas Gopal made the news last week when he warned that sterling could face “a currency crisis typically seen in EM” if it fails to attract enough foreign capital to fund its external trade balance. This is not the first time that alarm has been raised: in May, a Bank of America analyst caused a stir when he relayed discussions about the pound taking on “emerging market characteristics” in a briefing note. But are you afraid of overblown?

The pound has not had a good run. the 60 days of the Conservative party leadership election saw sterling lose over 3 per cent against the dollar, nearing its lowest level in decades at $1.15. This isn’t just a function of a strong dollar: as my chart shows, sterling has plunged relative to a weighted basket of currencies, too. Paul Daleschief UK economist at Capital Economics, now expects the pound to fall to around $1.05 by the middle of next year – a record low.

In the short term, a wide range of factors can influence exchange rates. These include interest rates, money supply, demand for imports and exports, perceptions of risk, news and speculation. But in blunt terms, the exchange rate acts as a barometer of how willing people are to put money into the UK economy. And with the macroeconomic outlook so uncertain, Gopal cautions that investor confidence cannot be taken for granted.

The UK’s inflation and growth outlook remains weak relative to other G10 economies. This is compounded by a significant degree of policy uncertainty: Truss has mooted changes to the Bank of England’s mandate, a huge fiscal expansion and changes to trade policy via the Northern Ireland Protocol. A weak pound increases the cost of imports – a headache in a time of high inflation. But it could have even more wide-ranging macroeconomic impacts if it tips the UK into a balance of payments crisis.

The UK’s current account deficit is already at record levels, and Gopal argues that the UK risks finding itself unable to attract enough foreign capital to fund its external deficit. In this case, sterling would need to depreciate materially to close the gap in its external accounts. In Gopal’s words, the UK would face the kind of currency crisis “typically seen in EM”.

Sri Lanka is currently weathering an economic crisis exacerbated by balance of payments problems. The pandemic wiped out foreign currency inflows from tourism and remittances, leading to a growing trade gap. This left the Sri Lankan economy facing a shortfall in the foreign reserves needed to pay for imports and loan repayments.

Thilak Mallawaarachchi and John Quiggin of the University of Queensland argue that a nation can usually avoid running out of foreign currency in two ways. One is to borrow money – an option open to the UK, but harder for Sri Lanka which was already heavily indebted before the crisis. The second is to let a floating exchange rate help to balance trade value. This option is also unavailable to Sri Lanka: the rupee operates under a “managed float”, pegged (and repegged) to the US dollar. The country arranged a $2.9bn (2.5bn) bailout plan with the IM F earlier this month.

The pound, on the other hand, can depreciate. Deutsche Bank estimates that for the UK to return to an ‘average’ 4 per cent deficit, sterling would need to fall by nearly 20 per cent. In the extreme case of a sudden stop in capital inflows, a painful 30 per cent weakening in the pound would be required to bring the current account all the way to balance. Ouch.

Yet Capital Economics’s group chief economist, Neil Shearing, argues that the UK will be spared an emerging market-style balance of payments crisis as its external liabilities are denominated in sterling, rather than a foreign currency. This means that though vulnerable to a sudden stop in inflows, the UK economy would avoid the kind of damaging balance sheet effect that has fallen in Sri Lanka. Sterling may well hit an all-time low, but fears of an EM ‘crisis’ look overblown.