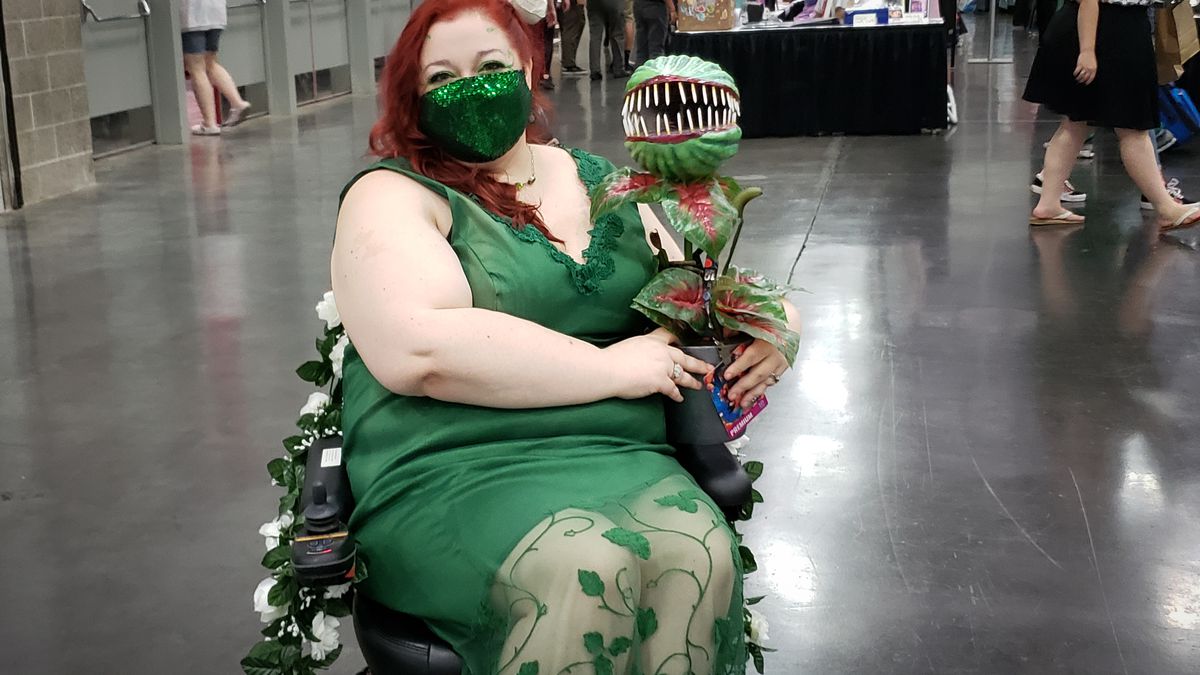 Stepping into the vast exhibit hall in the Oregon Convention Center, countless booths showcase comic books, art and a life-sized moving R2D2. Visitors mill about, browsing merchandise and lining up to meet celebrity guests. But the most compelling attraction of Rose City Comic Con is the attendees themselves, many of whom dress up as different characters from Marvel superheroes to Pokémon.

Portland high school student Miles Stansbury entered a contest where participants show off handmade cosplays. Colored contacts turn his eyes orange and he sports a carefully styled white-haired wig with red streaks and horns while dressed as Arataki Itto, a character from the popular video game Genshin Impact. While excitement is in the air, the competition is intense.

“I’m competing against people who have been doing this for like 20 years too, so it’s a little, a little nerve wracking,” Stansbury said.

This cosplay competition is one of many activities offered at the Rose City Comic Con, which attracted roughly 45,000 people last weekend. This is the convention’s second year back, since canceling in 2020 due to the COVID-19 pandemic.

During the contest, Stansbury walks across a stage dressed as Itto and poses for the judges and audience members. Even though he didn’t win, Stansbury said he enjoyed himself. I have lost to Annie Bugg in the beginner division.

Cosplayers Ellie Gossett and Sydney Gore enjoy meeting with friends and interacting with other attendees at Comic Con.

Gossett, a college student and cosplayer, met “Lord of the Rings” actor Elijah Wood at Comic Con while dressed as Bilbo Baggins from JRR Tolkien’s “The Hobbit.”

“Interactions with little kids who get really excited about if you’re cosplaying their favorite superhero or someone they recognize,” Gossett said, “It’s those moments that are super rewarding of, ‘yes, I’m here to have fun with you and embrace that inner child.’”

Gore, on the other hand, was able to pose for a photo at the convention while dressed as Scarlet Witch from Marvel’s “WandaVision” and Bela Dimitrescu from the video game Resident Evil Village.

“When you get those finished photos back and they just look amazing and you see all of your hard work and the effort you put in to try and embody this character just reflects so perfectly in this photo,” Gore said.

Cosplay – the act of dressing up and roleplaying as a character – is a combination of the words costumes and play.

“Sometimes people make up their own original characters and you get to dress up and have fun in this space,” Victoria Fisher said.

Fisher, dressed as a warrior style Rapunzel, fully embraces her Disney princess characters as she walks through the convention.

“If you see Ariel out there swearing like a sailor, the kids are going to be a little bit confused,” Fisher said. “It’s really fun to pretend that you are a different person for a while and sometimes it gives you the strength of a superhero or the daintiness of a princess.”

One of the hallmarks of cosplay is its inclusivity. Many people also come up with creative ways to adapt and combine their cosplays. Jenni Skelton paired her Ella Poison Ivy cosplay with a prop of Audrey II, an alien, man-eating plant from “Little Shop of Horrors.”

“All of my cosplays are designed to be built with or around a wheelchair because I’m disabled,” Skelton said, “In fact, I do a panel sometimes about how to tweak your cosplay and make it work for your disability.”

To Skelton, the cosplay community is a big part of conventions.

Some people spend hundreds of dollars on their cosplays but Fisher says anyone can participate.

“It’s a really easy way to get started, just finding some things at the thrift store or finding things in your own closet because a lot of characters wear normal clothes,” Fisher said.

Gossett has turned cosplay into a career. Gossett earned a scholarship to go to college and plans to pursue a full-time job in costuming.

“It was just something fun and silly I did because I was a nerd and now I get to design shows and do theater full-time,” Gossett said.

Online cosplay gave people like Fisher a chance to connect with people and make close friends, especially during the COVID-19 pandemic.

“I think it kind of blossomed into something beautiful because we were able to connect more with not only local cosplayers that we couldn’t be with, but I’ve been in groups that are across the whole world now,” Fisher said.

Fisher posts photos and videos of her completed costumes on social media platforms like TikTok and Instagram. Conventions give her the chance to see online friends in-person and to admire each other’s cosplays.

Unfortunately, there are some issues with the online community. Some cosplayers have faced sexism and objectification because of their costumes, going back many years.

“Early on, I did have a few instances with more creepy comments, especially as a young female cosplayer, that is something that you are unfortunately faced with,” Gore said.

“It’s been a really big push for especially female cosplayers to be like, ‘these are my comfort zones and you cannot violate them,’ which has been really nice. I know I usually post one right before convention,” Gossett said.

For those who missed this year’s convention, Rose City Comic Con returns next September. 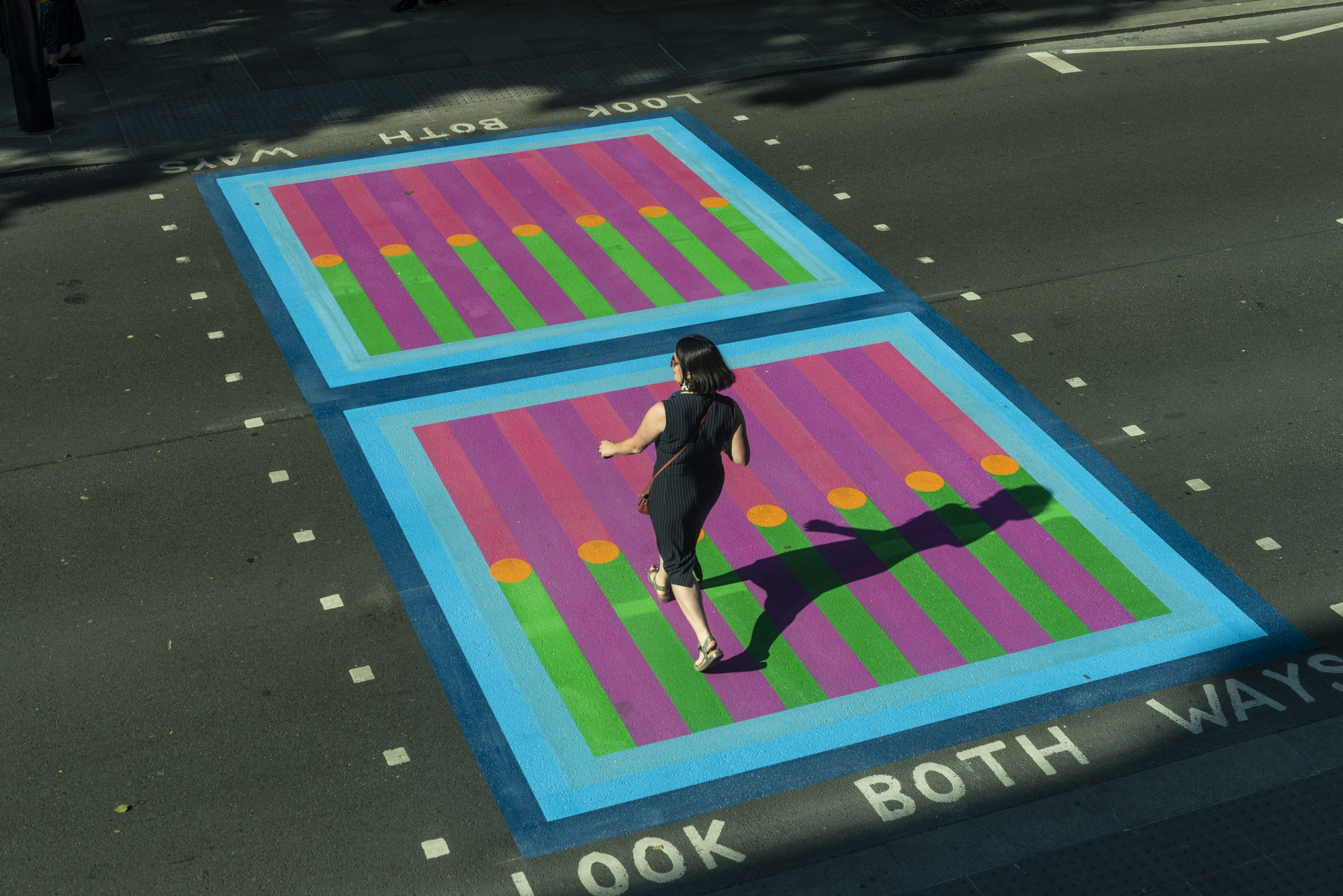