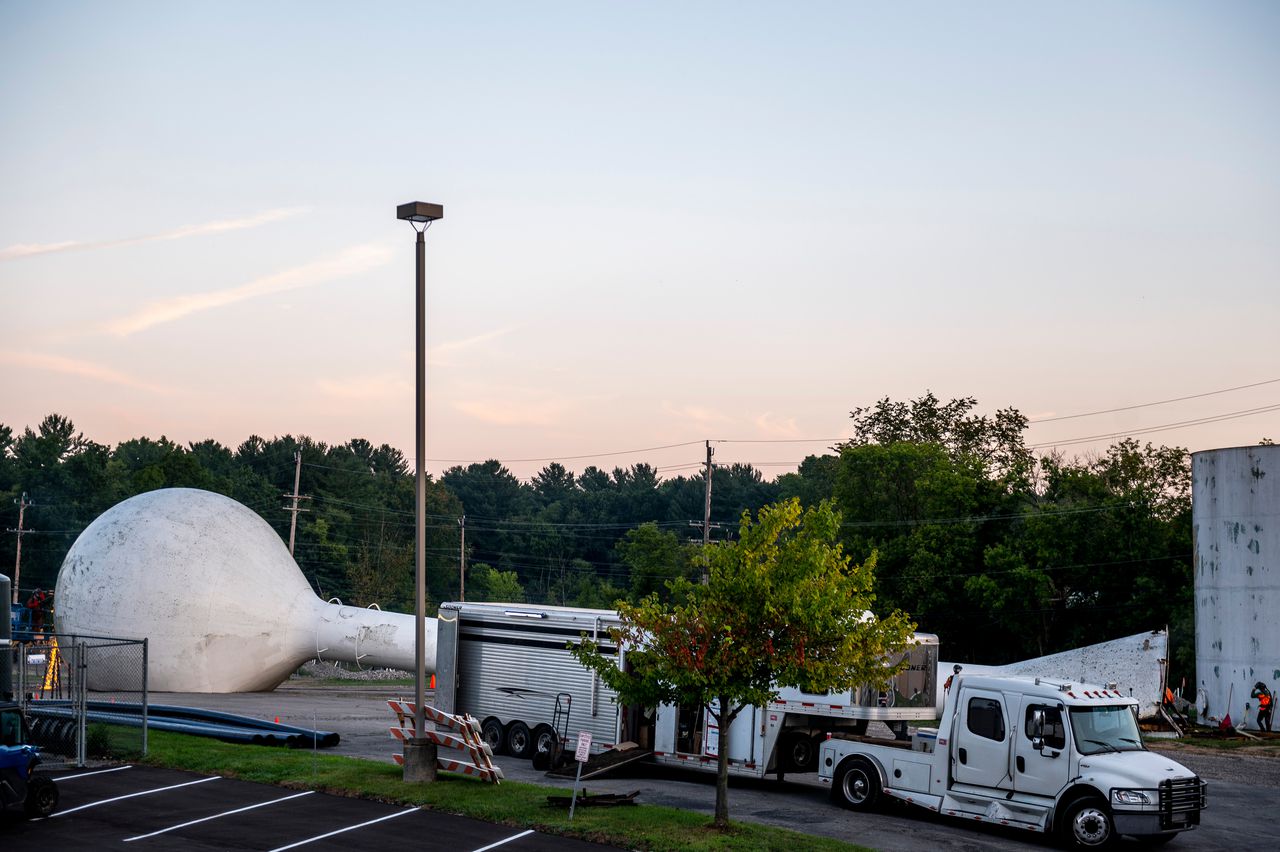 ANN ARBOR, MI — Ann Arbor is moving ahead with installing more monitoring wells to track the spread of the gelman dioxane plume to stay on the lookout for any toxic chemical pollution headed toward the city’s main drinking water source.

City Council voted unanimously this week to OK a nearly $333,000 construction contract with Cascade Drilling for the so-called sentinel wells on the city’s west side, plus a roughly $33,000 contingency fund for potential change orders.

Absent laws, and with such local officials still struggling to fight polluter Gelman Sciences in court, the state and local governments are continuing to spend money dealing with the consequences of Gelman’s decades-old pollution.

city ​​officials announced plans earlier this year for the new wells to fill gaps in the monitoring network between the expanding plume’s northern edge and Barton Pond on the Huron River, the city’s main drinking water supply.

The wells are to be installed as an “early warning system” in two locations, including one near the Miler Avenue/Maple Road intersection. The other was to be Garden Homes Park, but the city is now doing more evaluation to determine the best location given recent dioxane detections in Scio Township, said Brian Steglitz, interim public services administrator.

Water samples will be regularly collected from the wells to test for 1,4-dioxane, a chemical classified as likely to be carcinogenic to humans by all routes of exposure and which also can cause kidney and liver damage and respiratory problems.

Gelman, which once manufactured medical-grade filter devices at its Wagner Road industrial complex on the border between Ann Arbor and Scio Township, used dioxane in its manufacturing processes and discharged large amounts of the solvent into the environment between the 1960s and 1980s, leaving the area’s groundwater heavily polluted by a plume of dioxane that now stretches for miles underground.

Experts have warned the plume isn’t as simple as it looks on maps, which depict it as a big, amorphous blob, and finger-like extensions of it may be passing undetected in gaps between monitoring wells while advancing toward the river and not showing up on any maps.

Under court orders, the polluter has been doing pump-and-treat remediation and monitoring of the plume for many years, but state and local officials have been fighting for the last several years to try to get the polluter to do more since the plume has continued to spread and pose threats to water supplies, including residential wells. The Michigan Court of Appeals dealt a blow last weeksiding with Gelman by vacating a local judge’s orders for more cleanup and monitoring.

Council Member Jeff Hayner, D-1st Ward, said he was happy to see the $333,000 well proposal come to council this week.

“It’s a somewhat reasonable cost for this, and as we’ve already seen from Scio Township’s work, they are needed, I’m sorry to say,” he told his colleagues.

Funding is coming from the city’s water supply fund, which the city expects to use bond proceeds to reimburse.

The city has been doing monthly testing of its drinking water from Barton Pond and, while there have been some trace detections of dioxane in the past, there haven’t been any in over two years, data available on the city website shows.

The city is separately dealing with other pollution problems, including PFAS chemicals, coming from upstream pollution unrelated to Gelman.

“I just want to let the public know that we are still aggressively pursuing both paths and doing everything possible,” she said.

With the litigation now headed back from the appeals court in Lansing to the trial court in Washtenaw County before Judge Tim Connors, City Attorney Atleen Kaur said this week the city’s legal team is weighing next steps.

“We are taking it very seriously and we’re looking at various options,” she told council. “Procedurally, the case has not yet come down back to Judge Connors, so there’s nothing yet to be immediately done, but I will present you with options once we have vetoed them.”

MORE FROM THE ANN ARBOR NEWS: